Directed and played every year by François Rauline, with the company 25 artists and technicians.
The Cirque Bidon is perhaps the main source of the Cirque nouveau in France, then exported worldwide.
In France for the first time the company showed that the circus was not an exclusive of the established circus families, and opened the door to several contaminations: theater, music, dance, who then gave birth to modern circus. Its long saga begins in 1976 in Brittany with carriages and horses. After crossing the French countryside for three years, François Bidon Rauline arrived in Italy where he remained for about 20 years, bringing the Cirque Bidon in the most important theater festivals and giving birth, directly or indirectly, to most of the major companies and street theatre performances between the 80s and the 90s. Currently the circus lives in France, in the Massif Central region, and is the only one remaining with horse-drawn carriages.

Twenty-five people, including circus artists and musicians from different countries, as well as two children, eight horses, four hens and a rooster whose name is Las Vegas. At the head of this colorful ensemble François Rauline, clown and wise hens tamer. Cirque Bidon works on open air, without veils or curtains, placing the carriages in a semicircle with a track on the center and bleachers all around. Some canovaccio of the Commedia dell’Arte, no exotic animals: only skills, wonder, poetry… Gags, sketches, a small orchestra playing gypsy music and dancing, singing and dreaming for two hours of real magic.

It seems like a paradox at the end of the second millennium, in an era increasingly projected towards technological research and computerization, it can still exist a caravan of actors drawn by horses traveling across Europe. So if today you are surfing on the Internet all around the world in a small fraction of a second, the Cirque Bidon takes five days to cover a distance of 100 kilometers.
All this happens not for snobbery or to attract attention with a marketing strategy, but for a genuine lifestyle choice.

“The circus does not sell and does not promise any useful wonder. The real miracle is the occurrence of the miracle itself. The circus does not improve the future life, he does not heal anything; instead it brings actual fun, the pleasure lies in the admiration of the exhibition itself, of the technical skill and the risk. ” When you enter the magic circle where the Cirque Bidon enhances its virtuosity, you must forget television, radio and cinema, who standardized our collective memory.

About Cirque Bidon over 20 books in a dozen languages have been written and published, hundreds of exhibition have been organised, nearly a dozen films and documentaries have been filmed, lots of words and articles have been written. Fellini loved them even before Paolini and Capossela, Benigni and Troisi.

When in a square or in a park you come across colorful wagons around a magic track without chapiteau, and time slows down and almost stop to resume the rhythms of a lost or never existed life, when the illusion of poetry is everything, and Fellini and Neruda seem to be there taking you by the hand, when your world is turned upside down and you are thinking the strangest things about your life … then Cirque Bidon has arrived! 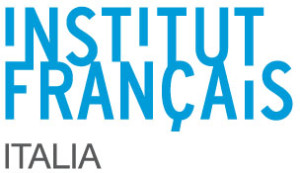