MIRABILIA 2019 ONE LAND | ONE FESTIVAL

Mirabilia Festival is an ongoing project, an adaptable fluid that tries to answer and anticipate the society and artists’ requirements, and that needs to flow through the territory like a river that flows through the various cities, a connecting tool and a stimulus source.

Taking the first steps in the street theater (Launched originally as street theater), conceived as an urban artistic form and, above all, as the main mechanism of audience engagement and public training, the festival evolves towards the circus, dance, site-specific performances and special projects, as instruments of involvement and innovation.

Without worrying about taking artistic risks, sometimes huge, real jumps in the dark, accompanied by a confident audience, always dealing with new and unconventional projects, discovering the new frontiers of the performing arts.
So the festival user, led through wonderful, and sometimes unknown, places, involved in dozens of interaction processes and new ways of communication, is transported in a “suspended dimension”, in a reflection on the languages identity ​​it pairs with, curious to see if performance seems to be reality or if reality is similar to a performance.
A dimension that only a great visionary festival can provide, and that makes Mirabilia a unique and precious event, to be lived to the full and without limits or prejudices.

“An invitation to reflect on capitalism and humanity”
(John Fisherman, for Mirabilia 2019) 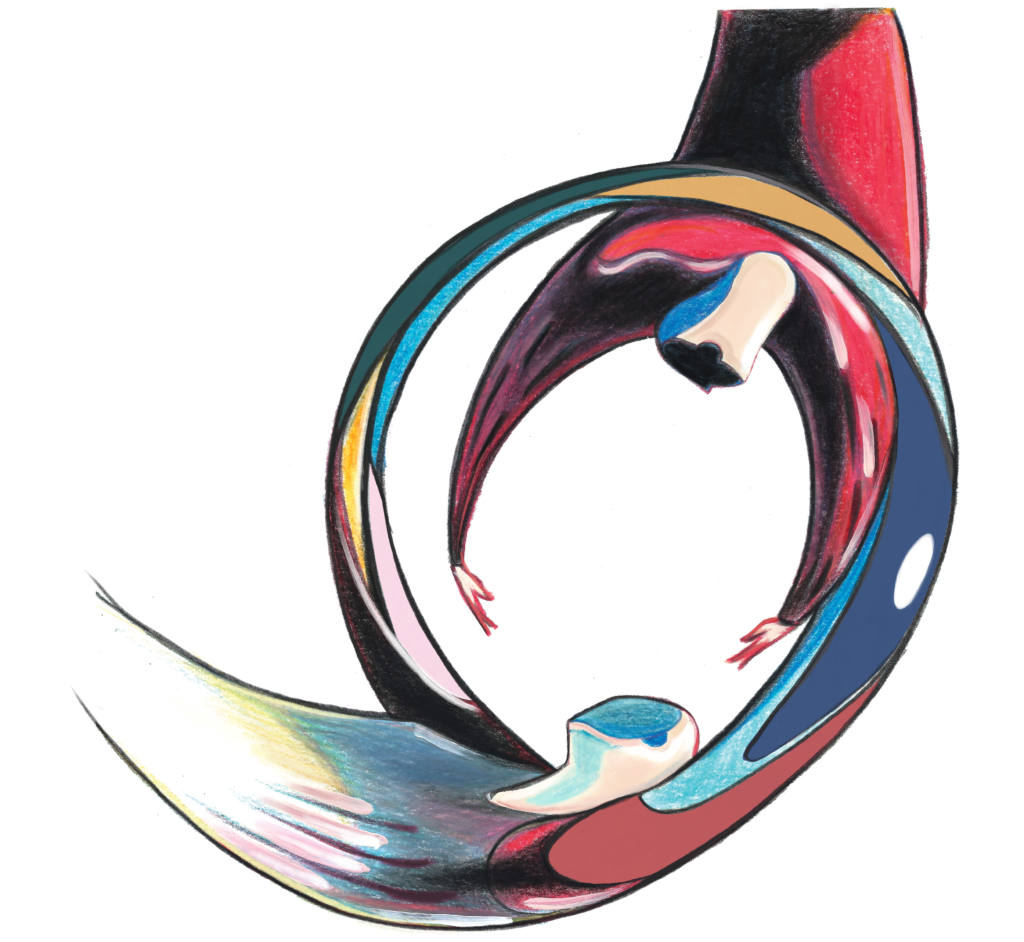 After the huge success in 2018 in Cuneo, Mirabilia Kids is back for an unforgettable family day. Mirabilia Kids offers the most entertaining performances and the most innovative animations dedicated to children accompanied by parents, along with comedy and circus shows able to excite and make everyone laugh.

In close partnership with the Piemonte dal Vivo Foundation, and with the Interplay Festival, Mirabilia Dance offers some of the best Italian and international performances, including Dulces Bestias by Roberto Torres, Veduta of Michele di Stefano, Questo Lavoro sull’Arancia by Marco Chenevier (winner of the Best Mirabilia show award 2018) and two shows selected for the NID Platform, as well as an intense and complex dance program that will take you to wonderful and unexpected locations such as the Quarries of Alabaster, the Convent of the Capuchins in Busca, the Palace Sarriod de La Tour in Costigliole Saluzzo, the cloister of the Castel Principles of Acaja and the municipal pool in Fossano, with previews, special projects and site-specific perfomances. Not to be missed!

In 2019, the art direction is supported by two “Associated Artists” who, just like in the great European festivals, create a Special Project, a unique experience, only be seen at Mirabilia, and, at the same time, participate in the selection of some shows.

Marco Chenevier, for the dance, and Giulia Odetto, for the theater, are two extremely innovative artists, directors and choreographers cooperating with Mirabilia through their creations and their support to the artistic direction, so as to make shared programming even more various and interesting. 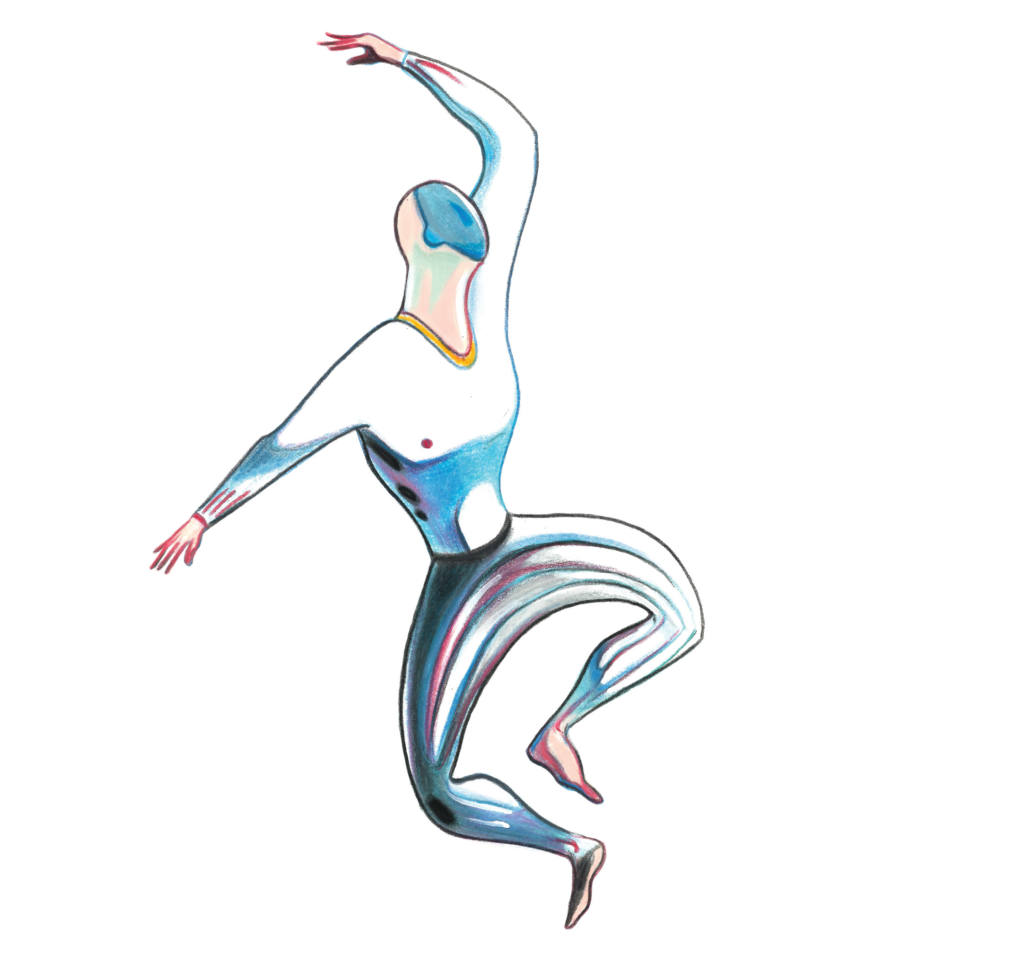 During the days of the festival, a personal exhibition of the artist Nicolò Canova will be set up, including the original version of the work commissioned by the festival, to explore with the public the development and the artistic path of this promising young talent.
On some days, the exhibition will be “overrun” with a parallel one of papier-mâché dogs by Tom Campbell. A memorable encounter between painting and plastic art!

While some festival locations are kept strictly secret, in order to take advantage of the surprise effect on the spectator, some shows, the famous “Secret Shows“, are, in no way, listed in the program, on the web or social media, as happened in 2017.
Among these, some new entries flank well-known artists, already present in previous editions. Artist, place and time will be communicated by the art director to 10 people chosen at random, to whom word of mouth is entrusted, exclusively in person or by telephone conversation.
If you become aware of any of these shows, please do not post any info on social media, and keep the information for yourself, communicating it only to your friends or relatives and only by voice, treating it as a precious and exclusive gift, reserved for a few.

Six are the Special Projects of the Festival, six absolutely unique and exceptional artistic path that by itself are worth the visit to the festival.

The most striking, spectacular and innovative is certainly John Fisherman. Look for him, it will be an unforgettable experience.

“The Dog Project” by Tom Campbell, supported by Creative Ireland, develops visual and plastic arts in a path of residence and creation, in which the territory takes part, with the construction of over one hundred papier-mâché dogs, in order to transform the workshops into artistic flash mobs in which the participants will invade the public space in Turin on June 22nd and then in Fossano and Busca.
The artist will also develop two other actions with the community, in which the themes of sharing and respect for nature will play an essential role.

“Le Bagnanti” is the Special Project that Marco Chenevier develops for Mirabilia in … a pool! A performance between swimmers and dancers that will leave the audience amazed, amused and wet. Swimsuit, towel and flip-flops are mandatory! The non-swimsuit-dressed public will absolutely not be admitted to the show!

Two special projects of Turin dance companies: Balletto Teatro di Torino creates the Special Project for the Railway Museum, where the dance winds not only around locomotives and turntables, but also inside wagons and carriages

EgriBiancoDanza reconstructs its “Fuga” in a wonderful, mysterious and fascinating location: the Quarries of Alabastro in Busca, a place for the pink alabaster extraction, present in many of our baroque churches. Entertainment for a few, it requires that the public participates using mountain boots or suitable footwear. Helmets, torches and ropes will be supplied in collaboration with the Municipality of Busca and the CEGAT. Special thanks to the landowners.

Last, but not least, we jump to Castelmagno. On August 15th the fantastic Sanctuary will host the tightrope walker Andrea Loreni engaged in the spectacular crossing accompanied by Lou Dalfin’s notes. An unmissable event in a lunar landscape at an altitude of 1800 meters, which will require weeks of physical and psychological preparation to deal with the additional risks due to poor oxygenation of great heights. A thrilling concert!

These are flanked by two other projects, also very special. The Alba Film Festival develops three absolutely exceptional events with/for Mirabilia, between music, cinema and circus.
The first appointment, given the importance of the partnership, represents an extraordinary evening that takes place in Turin, at the Polo del ‘900 with a music concert by Nino Rota accompanied by an intense editing of movie images by Federico Fellini. Two other events will follow within the Festival, with the movie screening of “The Walk” and “Assurdi, Grotteschi, Esagerati anche Amabili”, a projection / conference of famous film clips with circus themes or circus scenes.

The Holden School of Turin is 25 years old! To celebrate this, it develops the Maps Project with Mirabilia and various other festivals.
The map will trace the stages of Salinger’s novel and Holden Caulfield’s wanderings around New York. Thousands copies of the map will be distributed in the entrance queues to the performances.
Happy Birthday therefore, Scuola Holden!

“La Taurinense per Fossano”. Carousel of the Fanfare of the Alpine Brigade “Taurinense” of songs from the military and band tradition.

The collaboration with the FLIC Circus School of Turin continues and that one with the Rogelio Rivel of Barcelona is born.

At the Sanctuary of Valmala and in the Church of San Bernardino in Saluzzo, the Faber Teater Company will present the “Stabat Mater”, conceived and written by Antonella Talamonti for the six Company actors and singers, using different languages ​​and dialects and drawing inspiration, in writing, from the contemporary compositional practices that to the paraliturgical repertoire of oral tradition.

The 2019 handicraft exhibition area: a crossroads of colors and flavors, shapes and fragrances in Piazza Beppe Manfredi, Fossano.

Walking through the main streets of the Festival, waiting for an artist’s performance or in the break between one show and another, you can visit the exhibition area of ​​Mirabilia’s craftsmanship: an explosion of different colors and materials, unique and special products that will plunge you back into the magic experienced during the Festival.
Mirabilia will provide some spaces in Fossano reserved for the handicraft products sale and exposition; the goal is the creation of an exhibition area within the festival that proposes original and handmade products produced by the exhibitors/artisans themselves, from June 28th to 30th.

For more information on Manufacto, you can contact Mirabilia Festival via this email: artigiani@festivalmirabilia.it.
NB: for the artisans who participated in Manufacto 2018,  they are required to report this information in their email.

Beer and food loations with local specialties by Birrificio Baladin.

LET’S PARTY And the party? This year too, rest assured. Dancing until dawn with the artists as usual! Follow us on FB and IG and we will tell you where and when!

A camping area for TENTS is available in the Coniolo Park, Fossano.
There are toilettes, fountains, showers and tables, as well as a limited electricity connection for camper vans.

A parking area for CAMPERS is available in Via Monte Ollero 3, Busca.
It’s free and equipped with toilets and sinks.
A limited electricity connection is allowed as well as the use of showers in the athletic field.